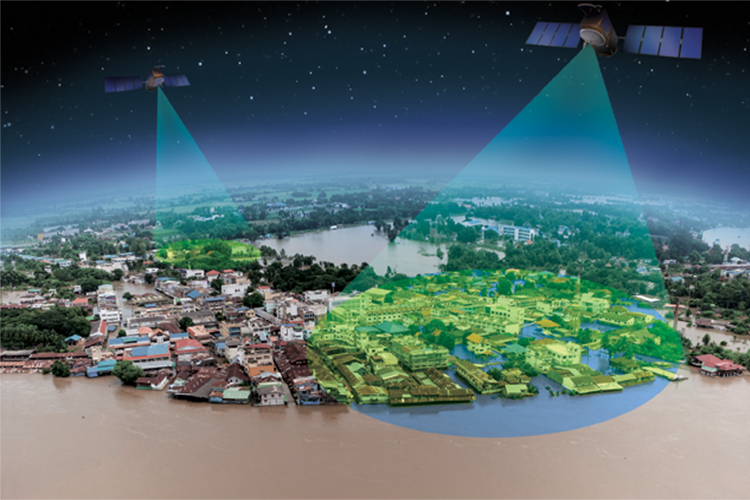 The meaning ‘to serve’ was at the forefront of what NASA and the U.S. Agency for International Development set out to do when SERVIR was formed in 2005. Today, the program works in over 50 countries, partnering with leading technical organizations in Asia, Africa, and the Americas to apply satellite data to development challenges.

With international hubs in Colombia, Niger, Kenya, Nepal, and Thailand, SERVIR is paving the way for geospatial and scientific capacity building in developing nations, and one of the open-source tools in their tool kit is the versatile and highly-scalable Google Earth Engine (GEE).

We wanted to find out a little bit more about how SERVIR uses GEE, so we sat down recently with Daniel Irwin, Global Program Manager at SERVIR, and Emil Cherrington, the Regional Science Coordination Lead for SERVIR-West Africa to find out more.

HOW DOES SERVIR SUPPORT DECISION-MAKING?

Dan: What’s exciting about SERVIR is that it’s a demand-driven program. We work across several themes: food security and agriculture, land cover and land use, water resources, and disasters.

Our first step is to work with end users, understanding who they are and the problems they face in those areas. This process identifies what the biggest issues are in the regions where we work, including key information gaps for decision making. After the needs assessment, we take advantage of the best available tools in our toolbox to co-develop relevant services that meet those user needs.

WHAT ROLE DOES GOOGLE EARTH ENGINE PLAY AT SERVIR HUBS?

Dan: Among other technologies, the SERVIR hubs leverage GEE as a backbone for several services. For example, the SERVIR West Africa Hub has implemented a service where they monitor ephemeral water levels using Landsat and Sentinel 2 data ingested into GEE.

Since the Sahel region of West Africa is so arid, pastoralists living there rely on seasonal ponds to feed their livestock. The SERVIR West Africa team has built a platform on GEE to display and understand how these water bodies are changing. They then share this information with the pastoral communities in the Ferlo region of Senegal to help inform their decision-making. That team is also working to scale up the project for other parts of West Africa.

Emil: In general, simplified classification processes have the most impact from our perspective. Compared to using desktop GIS tools, GEE makes automating operations easier, and it also provides direct access to the Earth observation data inputs being used. This means multiple types of classifiers can be run much more quickly. This has changed how SERVIR Mekong approaches land cover mapping, and enabled the region to have consistent, up-to-date land cover maps.

Also, many of the regions we work in have trouble with bandwidth, so downloading datasets or running lots of things at the same time isn’t always possible. Being able to save assets on the cloud saves time for trainers and helps us run smoother training workshops.

WHAT FEATURES WOULD YOU LIKE TO SEE ADDED INTO GEE INTO THE FUTURE?

Emil: Adding in functionality that alerts you when new data has been added would be amazing. That way, you could know that there is new data to play with for your area without you having to go in and check manually.

HOW DOES GEE IMPACT YOUR WORK?

EO Data Science has partnered with Google Earth and the Group on Earth Observations to launch the GEO-Google Earth Engine Program which supports GEO member countries by helping to operationalise their science as they strive to tackle the world’s biggest sustainable development challenges. The program provides dedicated Google Earth Engine licensing for two years for up to 25 projects worth USD $3 million, along with dedicated support and outreach services to help implement earth observations.

About the author: Sarah Butler

Sarah is the Marketing Manager at the NGIS Australia Group. The group consists of location focused companies including NGIS Australia, Winyama, Liveli and EO Data Science.