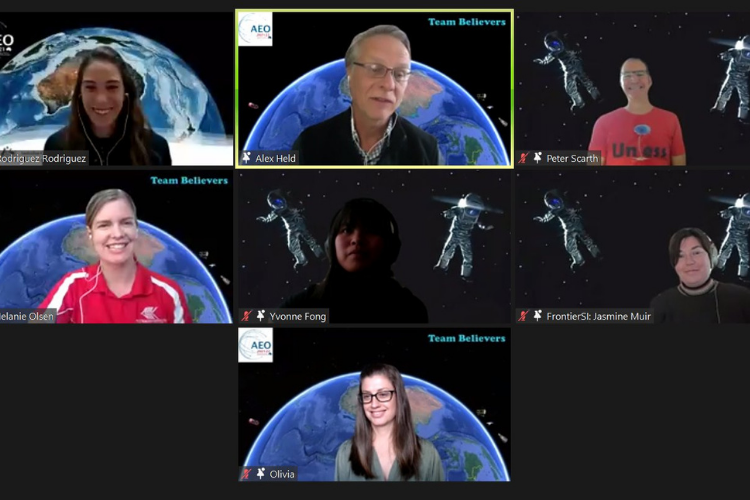 August 25th 2021 marked this year’s annual Australian Earth Observations Forum. Unlike previous years; it was held virtually as a one day mini forum in lieu of in-person gatherings. Throughout the course of the day, participants explored the topic of ‘Advancing Earth Observation’, with a keynote speech, learning opportunities, pechakucka talks and finally—a debate featuring our very own Data Scientist, Yvonne Fong.

The debate was centered around the topic “More EO data, more tech, more sophisticated analytics will solve all of our planetary challenges” and Yvonne, together with her team argued in dispute. Throughout the debate, the two teams fought bravely for the top spot, both making sound points, but ultimately the defence won with their argument that ‘more EO data, tech and analytics alone does not change people’s opinions or their actions.’

The messaging of the defence was concerned with the reality that despite data, analytics and technology being the most sophisticated it’s ever been—this does not translate into action from crucial stakeholders such as organisations and governments. Further, another key point was that data should be FAIR. That is; Findable, Accessible, Interoperable and Reusable. Following up on the earlier mention of stakeholder action, the topic of data accessibility was raised, to further prove that more does not always equal more. During the live debate, other attendees of the Mini Forum were able to watch on and provide comments.

One spectator said; "Yvonne's making a good point, a lot of satellite data isn't accessible and guides and tutorials to access such data can be scarce.”

At the conclusion of the day, discussions continued for Perth-based participants who attended the post-forum sundowner. EO Data Science Manager, Rory Donelly, was featured as one of the panelists at the event, speaking among other experts about the future of Earth Observations in Australia, transitioning into the space sector and emerging trends. The Forum concluded with refreshments and networking.

If you have any questions about what our Earth Observations team can do for you, reach out to us here. We’d love to talk about the possibilities!

About the author: Claire Wilson